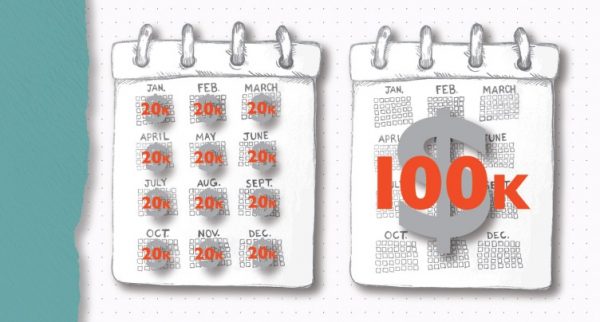 While the burden of kidney failure, also known as End-Stage Renal Disease or ESRD, can vary due to the size of a company, there’s one fact that remains the same: most self-insured employers are unnecessarily paying more than $500k per affected employee.

Mark Snyder, former benefits director and current chief financial officer at Rejuvenate Kidney Transplant Solutions, says many employers don’t have a good eye on the cost of kidney failure. But, they should.

“While it may impact a small part of your workforce, the dollars associated with each individual are significant,” says Snyder.

As an employer, you’re required to pay ESRD-related costs for the first 33-months of treatment, which is known as the Medicare coordination period. The cost of treatments, including dialysis, for each patient with kidney failure is around $20 thousand per month.

“If you multiply $20 thousand times 12 months, you’re going to spend a quarter of a million dollars in one year on one person,” notes Snyder.

That’s just for one individual. An employer that has 10 employees with ESRD could be spending an average of $2.5 million per year on individuals with kidney failure.

“Then multiply that by three years because as an employer, you’re responsible for the first 33-months of treatment costs before Medicare takes over,” says Snyder.

Most companies don’t see the cost of ESRD treatments, such as dialysis, because the payments are spread out over months. However, they do see the cost of a kidney transplant because it’s a one-time charge that hits a much higher threshold.

“Some employers think a transplant is bad because it can cost $100 to $150 thousand,” says Snyder. “But with the average wait time for a kidney transplant being three to five years, you are almost guaranteed to spend $600 to $700 thousand per individual before Medicare takes over. That’s why it makes the most sense to invest in a transplant.”

Additionally, a transplant is the best care that you can give a person with kidney failure. Transplanted patients are generally healthier and live an average of ten years longer than patients on dialysis.

“If there’s a program, like Rejuvenate, that can expedite kidney transplants and save even one employee’s life then, to me, it’s worth it,” says Snyder. “You’re impacting a smaller part of your population but in a very positive way and a very positive way financially.”

Learn more about Rejuvenate’s process to help employers cut costs and save lives through kidney transplantation.